NATURAL LATEX MATTRESS 100% biological and organic fibers with natural latex.Where you can find this kind of « ecological mattresses » Organic in Montreal, Quebec Canada

DARK CHOCOLATE – Effects and Benefits of on Health and its Benefits on our Arteries, three different studies, High pressure,Diabetes,Heart Artery

DARK CHOCOLATE Effects and Benefits of on Health and its Benefits on our Arteries, three different studies, HIGH PRESSURE, DIABETES, HEART ARTERY

Dark Chocolate is Good, also for the Arteries! The benefits of dark chocolate on our roads

This study confirms the medicinal properties of cocoa for the cardiovascular systemalready highlighted by other research.

With the approach of Easter, that’s news to your health, that will make you happy.According to a study published Saturday, dark chocolate improves the functioning of the arteries. Other research had so far already highlighted the medicinal propertiesof cocoa for the cardiovascular system. Without inviting the public to eat all chocolate, the researchers from Yale University (Connecticut), found the results of this study sufficiently compelling to justify a clinical trial, and larger over a long period among people selected at random.

« In this sample of nearly forty healthy adults, daily consumption of dark chocolate over a short period resulted in a marked improvement in the cellular function of the arteries and we believe that a longer trial might show more large positive effects, « explained the physician. The 39 people, men and women, who participated fully in the study of six weeks, were divided into three groups. The former consumed daily227 grams of unsweetened chocolate, the second of sweet dark chocolate and the third a placebo.

During this same period, the doctors measured before and after consumption ofportions assigned to each group, the capacity of the main artery of the arm to relaxto allow more blood flow. These measurements were made using an instrument ultrasonic high-frequency.

In both groups who consumed cocoa, the brachial artery of their ability to relax has improved significantly with 2.4% for subjects who took the non-sweet dark chocolate and 1.5% for others. But in the placebo group subject to the ability of their brachial artery to relax decreased by 0.8%. Flavonoids, powerful antioxidants which cocoa is rich, have already long been known for their effects on arterial dilators. They are also found in fruits, legumes and red wine.According to a study by Dr. Diane Becker, a professor at the Johns Hopkins School of Medicine in Baltimore (Maryland,), published last November, a few squares of dark chocolate daily have taken the same effect as aspirin to reduce blood clottingand reduce the risk of blocked arteries responsible for many heart attacks. 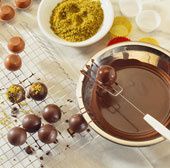 The recent publication of a German study revealed the effect of chocolate on cardiovascular risk.

The medicinal properties of chocolate appeared in an article in the Journal of the American Medical Association. This study, conducted by five pharmacologists from the University of Cologne, Germany, confirm its benefits in controlling hypertension.

This publication confirms and reinforces other studies on the subject: one of them and put in evidence that daily consumption of chocolate liquor (100 grams), rich in flavanols (family of polyphenols, which are found also in wine), decreased blood pressure.

But there was no evidence yet « what the effect might be small amounts of dark chocolate rich in cocoa and sugar and low in fat, » says Dr. Dirk Taubert, the study’s author.

This study, conducted between January 2005 and December 2006, was based on a batch of 44 adults (20 men and 24 women) aged 56-73 years and subject to a prehypertension or stage 1 hypertension. Two groups were made.

One group ate two squares of chocolate every day containing 30 milligrams of polyphenols. The second group has meanwhile ate white chocolate, devoid of polyphenols, substances classified as having Antioxia properties dilate the arteries.

The experiment was based on a period of eighteen weeks.

The group has tasted of dark chocolate daily showed a decrease in blood pressure and without weight gain. This experience has demonstrated a significant reduction in the prevalence of hypertension: 18% (from 86 to 68%). The group « white » has meanwhile seen any changes in the prevalence of hypertension. For example, a blood pressure of 14 / 9 would be reduced to 13.7 / 88.

This study demonstrates that dark chocolate reduces the risk of dying from a stroke (8%) or cardiac (5%).
Other recent studies including one published in the journal in February 2007 and US Pharmacist conducted by researchers in California revealed that dark chocolate without sugar was acting on the muscle tone of the wall of the brachial artery.

Another dating from November 2006 and presented to the meeting of the American Heart Association by Dr. Diane Becker assured the daily intake of several grams of dark chocolate a similar effect to aspirin to reduce blood clotting.

On the other aprt, Dr. Norman Hollenberg has shown, following the ingestion of chocolate liquor, an increase in cerebral blood flow of people of fifty years in good health.

The growing scientific evidence and for the healing of dark chocolate.

According to Dr. Kelm Malta, author of a 2005 study on its effects in smokers, « the cocoa rich in flavanols, can significantly improve an important part of cardiovascular health in a population with an already known risk of cardiovascular disease  »

The benefits of cocoa, however, are not new: traditionally used by the Kuna Indians of Panama, they show no signs of hypertension.

But cocoa has other virtues to its credit: against bad cholesterol with oleic acid, stearic acid, and phytosterols, constipation and stress.

The chemical properties of chocolate are complex. It contains over 300 substances, including caffeine and small amounts of the obromine which is a weaker stimulant. Another stimulant phenylethylamine chemically related to amphetamines, it also found.

At the annual meeting of the European Society of Sexology held in December in London, Dr. Andrea Salonia, an Italian researcher, reported a link between sexual satisfaction and chocolate. He said the chocolate loving women seem to have a better love life. Groups that are compared, however, heterogeneous, 120 women ina middle-aged 35 years and about thirty of them in the other group and middle-agedabove 40 years.

One of the known claims about chocolate is that it can contribute to aggravate acne.This seems to be reversed by two studies, one conducted at the University of Pennsylvania where a group of acne patients received chocolate and the other a placebo taste of chocolate acne was neither improved nor has worsened. The other study on 80 people with acne who consummated either chocolate or abstained from eating. After a month, observation showed no changes in acne from one group to another. A very interesting study about … chocolate! Greed when you hold us …

Seriously, a German study conducted by the team of Professor Dirk Taubert of the University of Cologne has just been published in the Journal of the American Medical Association. The study aimed to shed light on the medicinal properties often attributed to chocolate, and know « what effect might have small amounts of dark chocolate rich in cocoa and low in sugar and fat » on the hypertension. It was conducted on 44 people for some of them pre-hypertension and stage 1 hypertension for others. Two groups were formed. Was given to the first group twosquares of dark chocolate containing 30 mg of polyphenols for 18 weeks, and white chocolate in the second group. White chocolate contains no cocoa, so nopolyphenols, which are powerful antioxidants. After 18 weeks of experimentation, the group who ingested a regular dark chocolate had a slight decrease in blood pressure (hypertension 68% instead of 86% before the experiment), without weight gain, while the second group did not experience change in blood pressure.

Have fun by doing good, what’s better? And in BienManger, when it comes to have fun, we answer this! Dive into our universe dark chocolate, you’ll find it every time!

To learn more about the benefits of chocolate and the study of Professor Dirk Taubert, I invite you to visit the following pages:

Article published online by the journal The Figaro 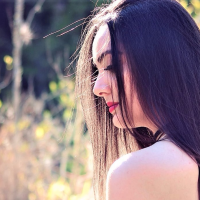